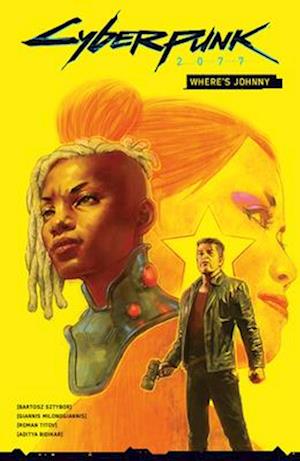 Written by Bartosz Sztybor (Witcher: Fading Memories, Jim Henson's The Storyteller: Sirens), art by Giannis Milonogiannis (Prophet, Ronin Island, Old City Blues, G.I. Joe), and colors by Roman Titov (Angel) comes a sci-fi pulp noir based on the hit video game Cyberpunk 2077 A hardboiled journalist bent on taking down the corrupt corporations of Night City finally gets his chance to do it. Drunk, cynical, and stubborn journalist Thompson is working hard to wake up the populace--keeping their eyes and ears closed to the filth and corruption of corporate-run Night City is a choice and he's going to blow their self-prescribed diversions to pieces. Somebody nuked the headquarters of a major corporation. Rumor has it, it was the infamous Johnny Silverhands. The streets are buzzing that he's dead and his body remains at the bottom of the nuked tower. His job: find the body. But is he dead or is it just hearsay? The streets of Night City talk and a corporate downfall is just the beginning.