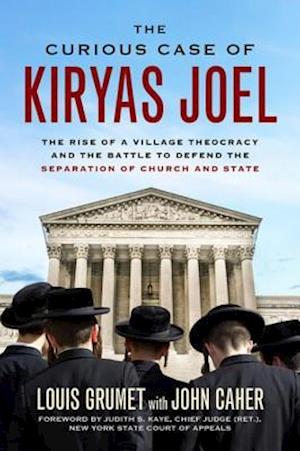 Twenty years ago, in the middle of the night and on the last day of the legislative session, the New York State Legislature created a publicly funded school district to cater to the interests of a religious sect called the Satmar, an insular group of Hasidic Jews that objects to, among other things, female school bus drivers. The rapidly growing sect had bought land in rural Upstate New York, populated it solely with members of its faction, and created a village called Kiryas Joel that exerted extraordinary political pressure over both political parties. Marking the first time in American history that a governmental unit was established for a religious group, the legislature's action prompted years of litigation that eventually went to the US Supreme Court. As today's Supreme Court signals its willingness to view a religious viewpoint like any other speech and accord it equal protection, the 1994 case, Board of Education of Kiryas Joel Village School District v. Grumet , stands as the most important legal precedent in the fight to uphold the separation of church and state. In The Curious Case of Kiryas Joel , plaintiff Louis Grumet opens a window onto the Satmar Hasidic community, where language, customs, and dress have led to estrangement from and clashes with neighboring communities, and details the inside story of his fight for the First Amendment and against New York's most powerful politicians. Informed by numerous interviews with key figures such as Governor George Pataki, media accounts, court transcripts, and more, The Curious Case of Kiryas Joel not only tantalizes with a peek at cynical power politics driven by votes and Supreme Court justice squabbling and negotiation; it also provides an important demonstration of how a small, insular, and politically savvy religious group can grasp legal and political power. This storya blend of politics, religion, cultural clashes, and constitutional tensionis an object lesson in the ongoing debate over freedom of versus freedom from religion.