Cuban Literature in the Age of Black Insurrection 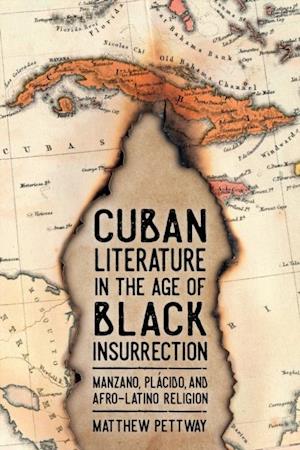 Juan Francisco Manzano and Gabriel de la Concepcion Valdes (Placido) were perhaps the most important and innovative Cuban writers of African descent during the Spanish colonial era. Both nineteenth-century authors used Catholicism as a symbolic language for African-inspired spirituality. Likewise, Placido and Manzano subverted the popular imagery of neoclassicism and Romanticism in order to envision black freedom in the tradition of the Haitian Revolution. Placido and Manzano envisioned emancipation through the lens of African spirituality, a transformative moment in the history of Cuban letters. Matthew Pettway examines how the portrayal of African ideas of spirit and cosmos in otherwise conventional texts recur throughout early Cuban literature and became the basis for Manzano and Placido's antislavery philosophy. The portrayal of African-Atlantic religious ideas spurned the elite rationale that literature ought to be a barometer of highbrow cultural progress. Cuban debates about freedom and selfhood were never the exclusive domain of the white Creole elite. Pettway's emphasis on African-inspired spirituality as a source of knowledge and a means to sacred authority for black Cuban writers deepens our understanding of Manzano and Placido not as mere imitators but as aesthetic and political pioneers. As Pettway suggests, black Latin American authors did not abandon their African religious heritage to assimilate wholesale to the Catholic Church. By recognizing the wisdom of African ancestors, they procured power in the struggle for black liberation.