Criticism and the Nineteenth Century 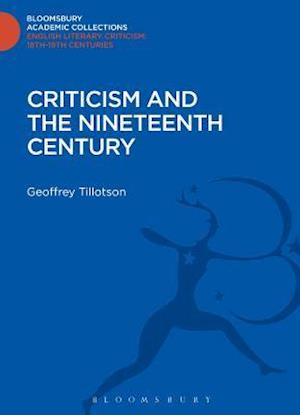 The re-emergence into critical esteem of the literature of the English mid-nineteenth century has been one of the post-war excitements for students and general readers. Mid-nineteenth century literature is not simply the best body of literature the English have produced. It happens also to be literature that has a practical interest for ourselves. We live so plainly in its wake. The problems being faced a hundred years ago are the problems still facing ourselves, such as the continued supremacy of science and its methods and the consequently progressive disappearance of what was called the supernatural. Nineteenth-century literature, however, is interesting for other reasons than extended topicality, offering infinite aesthetic riches, as Geoffrey Tillotson discusses in this volume of essays.