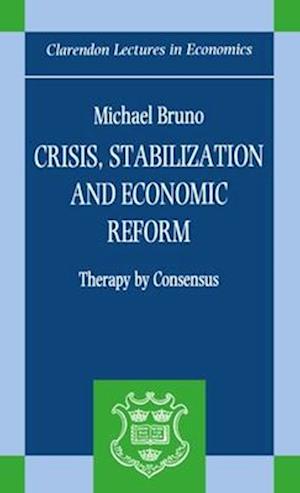 This book authoritatively considers the phenomenon of the severe economic crises of the 1970s and 1980s, as exemplified by the combination of high inflation and negative growth in Israel and Latin America. The author analyses the common characteristics of such processes and their possible cures-with a detailed first-hand account of Israeli stabilization policy, and a comparative policy-oriented analysis of Latin American reforms. Professor Bruno also calls on hisexperience to give a preliminary evaluation of recent stabilizations and reform attempts in several East European economies. The discussion of the theoretical underpinnings of `shock' treatments provides a good example for the blending of a number of disciplines: lessons of economic history; openeconomy monetary and macro theory; game-theoretic applications to the theory of economic policy design (concepts such as dynamic inconsistency, government reputation, and credibility); and the rationalization of incomes policy.The Clarendon Lectures in Economics were established in 1987. They consist of coherent sets of three or four lectures given by distinguished economists which are accessible to advanced undergraduates and also of interest to academics. Subjects vary from high theory and applications of theory to policy-oriented topics. Lecturers include Professors J.-M. Grandmont, David Kreps, Kenneth Arrow, Angus Deaton, Robert Schiller, and Oliver Hart.

Forfattere
Bibliotekernes beskrivelse Considers the phenomenon of the high inflation processes of the 1970s and 1980s as exemplified by Argentina, Brazil and Israel. The author examines common characteristics of such processes and their possible cures, focusing on the Israeli experience of the political economy of stabilization. line figures, tables