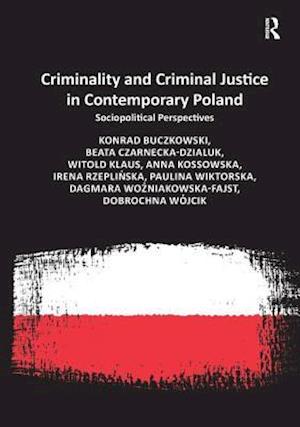 Criminality has accompanied social life from the outset. It has appeared at every stage of the development of every community, regardless of organisation, form of government or period in history. This work presents the views of criminologists from Central Europe on the phenomenon of criminality as a component of social and political reality. Despite the far advanced homogenisation of culture and the coming together of the countries that make up the European Union, criminality is not easily captured by statistics and simple comparisons. There can be huge variation not only on crime reporting systems and information on convicts but also on definitions of the same crimes and their formulations in the criminal codes of the individual European countries. This book fills a gap in the English-language criminological literature on the causes and determinants of criminality in Central Europe. Poland, as the largest country in the region, whose political post-war path has been similar to the other countries in this part of Europe, is subject to an exhaustive and original look at criminality as part of the political and social reality. The authors offer a contribution to the debate in the social and criminal policy of the state over the problems of criminality and how to control it.