Criminalising the Purchase of Sex 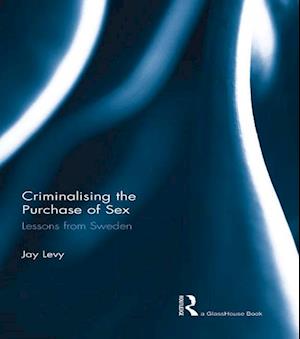 In an attempt to abolish prostitution, Sweden criminalised the purchase of sex in 1999, while simultaneously decriminalising its sale. In so doing, it set itself apart from other European states, promoting itself as the pioneer of a radical approach to prostitution. What has come to be referred to as `the Swedish model' has been enormously influential, and has since been adopted and proposed by other countries. This book establishes the outcomes of this law - and the law's justifying narratives - for the dynamics of Swedish sex work, and upon the lives of sex workers.Drawing on recent fieldwork undertaken in Sweden over several years, including qualitative interviewing and participant observation, Jay Levy argues that far from being a law to be emulated, the Swedish model has had many detrimental impacts, and has failed to demonstrably decrease levels of prostitution. Criminalising the Purchase of Sex: Lessons from Sweden utilises a wealth of respondent testimony and secondary research to redress the current lack of primary academic research and to contribute to academic discussion on this politically-charged and internationally relevant topic.This original and timely work will be of interest to sex worker rights organisations, policy makers and politicians, as well as researchers, academics and students across a number of related disciplines, including law, sociology, criminology, human geography and gender studies.