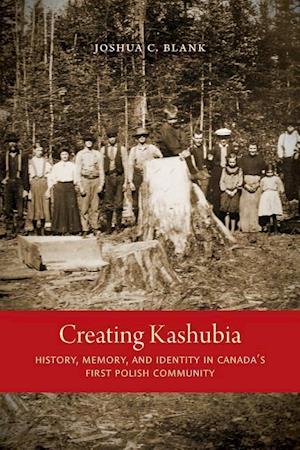 In recent years, over one million Canadians have claimed Polish heritage - a significant population increase since the first group of Poles came from Prussian-occupied Poland and settled in Wilno, Ontario, west of Ottawa in 1858. For over a century, descendants from this community thought of themselves as Polish, but this began to change in the 1980s due to the work of a descendant priest who emphasized the community's origins in Poland's Kashubia region. What resulted was the reinvention of ethnicity concurrent with a similar movement in northern Poland. Creating Kashubia chronicles more than one hundred and fifty years of history, identity, and memory and challenges the historiography of migration and settlement in the region. For decades, authors from outside Wilno, as well as community insiders, have written histories without using the other's stores of knowledge. Joshua Blank combines primary archival material and oral history with national narratives and a rich secondary literature to reimagine the period. He examines the socio-political and religious forces in Prussia, delves into the world of emigrant recruitment, and analyzes the trans-Atlantic voyage.In doing so, Blank challenges old narratives and traces the refashioning of the community's ethnic identity from Polish to Kashubian. An illuminating study, Creating Kashubia shows how changing identities and the politics of ethnic memory are locally situated yet transnationally influenced.

Forfattere
Bibliotekernes beskrivelse A groundbreaking work that looks at the changing ways in which Canada's first Polish community views itself. 30 photos, 15 maps, 14 tables