Crafts and Craftsmen of the Middle East

- Fashioning the Individual in the Muslim Mediterranean 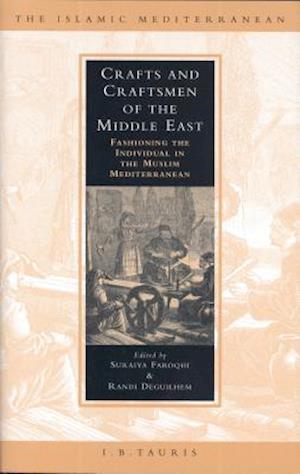 Crafts and Craftsmen of the Middle East presents research on craft workers within and outside the guild structure from the modern and contemporary Mediterranean world. From the late sixteenth-century Ottoman Empire to traditional style crafts in twentieth-century Turkey and Egypt, the book surveys a multitude of traditions. It begins in 1582 when Istanbul artisans paraded in front of Sultan Murad III; moves through to the eighteenth-century struggles between artisans and tax farmers in Tokat, the artisans of Cairo and the craftsmen of Adana; and into nineteenth-century accounts of Istanbul's women workers and Jewish butchers. This book is essential to all those interested in the history of the culture and society of the Islamic Mediterranean.

Forfattere
Bibliotekernes beskrivelse This volume presents research on craft workers within and outside the guild structure of the Muslim Mediterranean world. Individual chapters range from the Ottoman Empire to traditional style crafts in 20th century Turkey and Egypt such as tanning or the manual production of copper vessels. 6 b/w pictures