- The Odyssey of Indenture 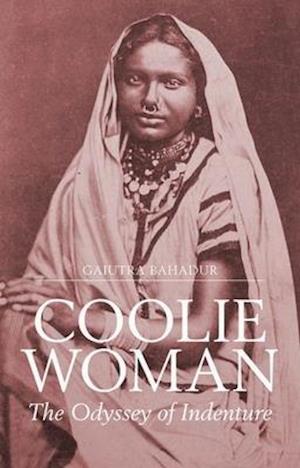 *** Shortlisted for the Orwell Prize*** In 1903 a Brahmin woman sailed from India to Guyana as a 'coolie', the name the British gave to the million indentured labourers they recruited for sugar plantations worldwide after slavery ended. The woman, who claimed no husband, was pregnant and travelling alone. A century later, her great-granddaughter embarks on a journey into the past, hoping to solve a mystery: what made her leave her country? And had she also left behind a man? Gaiutra Bahadur, an American journalist, pursues traces of her great-grandmother over three continents. She also excavates the repressed history of some quarter of a million female coolies. Disparaged as fallen, many were runaways, widows or outcasts, and many migrated alone. Coolie Woman chronicles their epic passage from Calcutta to the Caribbean, from departures akin either to kidnap or escape, through sea voyages rife with sexploitation, to new worlds where women were in short supply. When they exercised the power this gave them, some fell victim to the machete, in brutal attacks, often fatal, by men whom they spurned. Sex with overseers both empowered and imperiled other women, in equal measure.It also precipitated uprisings, as a struggle between Indian men and their women intersected with one between coolies and their overlords.

Forfattere
Bibliotekernes beskrivelse Reveals the hitherto unknown world of indentured Indian women in the coloniesPRIZES:Winner of *** Shortlisted for the Orwell Prize***.