- On Power, Politics, and Leadership 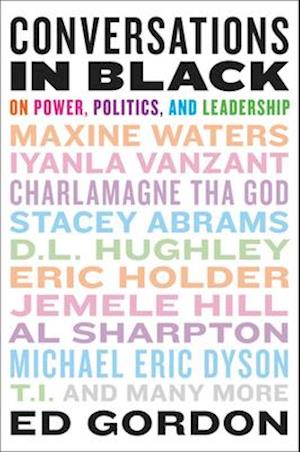 In the vein of Tavis Smiley's The Covenant with Black America, veteran radio and television personality Ed Gordon offers an unvarnished collection of essays about the state of Black America, drawn from his time on the road interviewing some of today's most prominent African American leaders and influencers, including Maxine Waters, Joy Ann Reid, Angela Rye, Ben Crump, Bryan Stevenson, and more. Gordon tackles vital topics in the Trump era such as

the troubled intersection of race and politicsthe gains and regression of Black inclusionliving with functioning White nationalism navigating the far-right's co-opting of free speech surviving Trump's xenophobia and restrictive immigration tacticsthe role of Black female leadership in America(re)defining Blackness in today's pop culture Hard-hitting and inspiring, Gordon will reveal a new blueprint for navigating race in a divisive America. He concludes that in spite of slavery, Jim Crow, the school to prison pipeline, and all the other injustices African Americans face, there remains a deep connection and loyalty to each other and the United States. Through strengthening politics, finances, and advocacy, victory will be revealed again and again. In Conversations in Black, Gordon embarks on the rigorous journey with a mighty team of black intelligentsia to define and outline a plan for what individual and collective leadership must be today.