- Toward a Common Philosophy of Physics and Mathematics 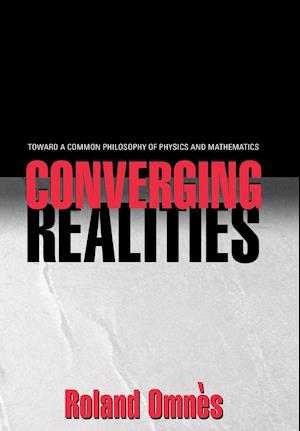 The mysterious beauty, harmony, and consistency of mathematics once caused philosopher Hilary Putnam to term its existence a "miracle." Now, advances in the understanding of physics suggest that the foundations of mathematics are encompassed by the laws of nature, an idea that sheds new light on both mathematics and physics. The philosophical relationship between mathematics and the natural sciences is the subject of Converging Realities, the latest work by one of the leading thinkers on the subject. Based on a simple but powerful idea, it shows that the axioms needed for the mathematics used in physics can also generate practically every field of contemporary pure mathematics. It also provides a foundation for current investigations in string theory and other areas of physics. This approach to the nature of mathematics is not really new, but it became overshadowed by formalism near the end of nineteenth century. The debate turned eventually into an exclusive dialogue between mathematicians and philosophers, as if physics and nature did not exist. This unsatisfactory situation was enforced by the uncertain standing of physical reality in quantum mechanics.The recent advances in the interpretation of quantum mechanics (as described in Quantum Philosophy, also by Omnes) have now reconciled the foundations of physics with objectivity and common sense. In Converging Realities, Roland Omnes is among the first scholars to consider the connection of natural laws with mathematics.

Forfattere
Bibliotekernes beskrivelse Focuses on the philosophical relationship between mathematics and the natural sciences. This title shows that the axioms needed for the mathematics used in physics can also generate practically various fields of contemporary pure mathematics. It also provides a foundation for investigations in string theory and other areas of physics. 10 line illus.