indgår i serie Contemporary Asia in the World 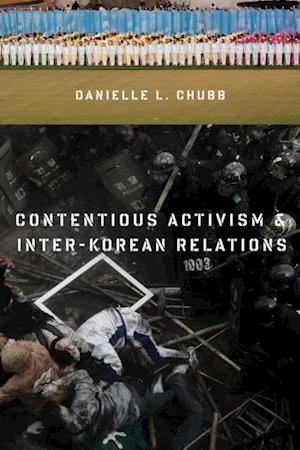 In South Korea, the contentious debate over relations with the North transcends traditional considerations of physical and economic security, and political activists play a critical role in shaping the discussion of these issues as they pursue the separate yet connected agendas of democracy, human rights, and unification. Providing international observers with a better understanding of policymakers' management of inter-Korean relations, Danielle L. Chubb traces the development of various policy disputes and perspectives from the 1970s through South Korea's democratic transition. Focusing on four case studies-the 1980 Kwangju uprising, the June 1987 uprising, the move toward democracy in the 1990s, and the decade of 'progressive' government that began with the election of Kim Dae Jung in 1997-she tracks activists' complex views on reunification along with the rise and fall of more radical voices encouraging the adoption of a North Korean-style form of socialism. While these specific arguments have dissipated over the years, their vestiges can still be found in recent discussions over how to engage with North Korea and bring security and peace to the peninsula.Extending beyond the South Korean example, this examination shows how the historical trajectory of norms and beliefs can have a significant effect on a state's threat perception and security policy. It also reveals how political activists, in their role as discursive agents, play an important part in the creation of the norms and beliefs directing public debate over a state's approach to the ethical and practical demands of its foreign policy.