indgår i serie Inside Film 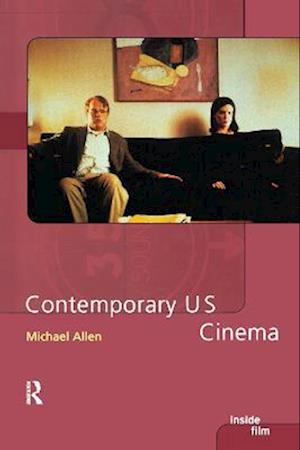 Contemporary U.S. Cinema is a forceful exploration of the tumultuous changes that have dominated the shifting landscape of American film-making over the past three decades. From the explosive release of Easy Rider to the excesses of Heaven's Gate and the comic book figures of Spider-Man, its aim is to examine the economic, social and cultural contexts of mainstream and independent American films.The book divides into nine provocative chapters with material on: the most significant individual film-makers, such as Scorsese, Coppola and Lucas, as well as independent film-makers like Jarmusch and Anders the careers of leading actors of the last thirty years, such as Jack Nicholson, Robert Redford and Julia Roberts, whilst exploring the powerful position of the film star in the modern American film-making process the economics of Contemporary U.S. Cinema with particular reference to the tortuous journey from production, distribution and exhibition of Waterworld and Titanic the artistic influence of foreign film-makers, such as Francois Truffaut and Jean-Luc Godard, and explores Hollywood's increasing dominance and reliance on the global market genres, sequels and the recent developments in computer-based technologies, using examples from The Godfather I - III, The Matrix, the Star Wars saga and remakes from Shaft to Ocean's Eleven The book is illustrated with stills throughout and includes a bibliography and annotated further reading list.