Constructing Vernacular Culture in the Trans-Caribbean 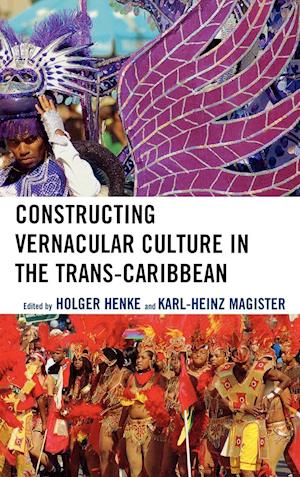 In this volume, the editors and authors strive to understand the evolving Trans-Caribbean as a discontinuous, displacing and displaced, transnational space. It considers the imagined community in the islands as its psycho-social homeland, while simultaneously pursuing different cultural strategies of redefining and resisting colonial "homeland" conventions (which Kamau Brathwaite appropriately termed the "inner plantation"). Thus, the Trans-Caribbean is suspended in a double-dialectic, which opposes both the hegemonic metropolitan space inhabited, as well as the romanticized, yet colonialized, "inner plantation," whose transcendence via migration perpetually turns out to be an illusion. Given this, cultural production and migration remain at the vortex of the Trans-Caribbean. The construction of cultural products in the Trans-Caribbean-understood as a collection of social and new migratory practices-both reflects and contests post-colonial metropolitan hegemonies. Following Arjun Appadurai's distinction, these homogenizing and heterogenizing counter-trends in Trans-Cariabbean spaces can be observed through cultural transactions manifesting themselves as ethnoscapes, mediascapes, technoscapes, financescapes, cityscapes, ideoscapes, etc. For the purposes of this book the editors invited anthropologists, sociologists, political scientists, linguists, liberal arts and gender studies specialists, as well as cultural and literary historians to begin drawing some of the diasporic trajectories on the huge canvas of cultural production throughout the Trans-Caribbean.Constructing Vernacular Culture in the Trans-Caribbean will find its audience among scholars in cultural studies, migration, literary theory, and cultural criticism who have a special interest in Caribbean and Latin American Studies, as well as among students and scholars of migration and postcolonialism and postmodernity in general.