indgår i serie Theory and Decision Library a 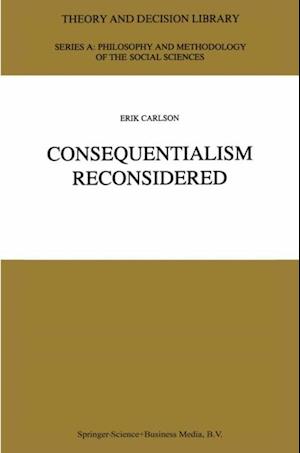 In Consequentialism Reconsidered, Carlson strives to find a plausible formulation of the structural part of consequentialism. Key notions are analyzed, such as outcomes, alternatives and performability. Carlson argues that consequentialism should be understood as a maximizing rather than a satisficing theory, and as temporally neutral rather than future oriented. He also shows that certain moral theories cannot be reformulated as consequentialist theories. The relevant alternatives for an agent in a situation are taken to comprise all actions that they can perform in the situation. The defense of this idea necessitates certain modifications to the standard consequentialist criteria of obligatoriness, rightness and wrongness. The problem of whether agents should adapt their actions to their own future actions is also addressed. Further, a conditional analysis of performability is suggested, and it is argued that particular actions should in this connection be regarded as `abstract' rather than `concrete'. The final chapter sketches a consequentialist theory for collective agents.