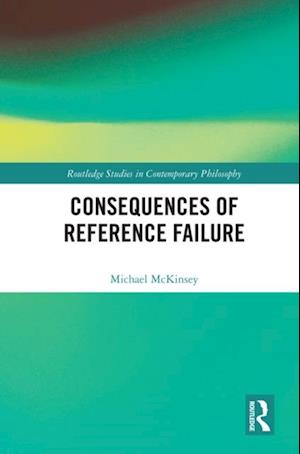 This book defends the Direct Reference (DR) thesis in philosophy of language regarding proper names and indexical pronouns. It uniquely draws out the significant consequences of DR when it is conjoined with the fact that these singular terms sometimes fail to refer.Even though DR is widely endorsed by philosophers of language, many philosophically important and radically controversial consequences of the thesis have gone largely unexplored. This book makes an important contribution to the DR literature by explicitly addressing the consequences that follow from DR regarding failure of reference. Michael McKinsey argues that only a form of neutral free logic can capture a revised concept of logical truth that is consistent with the fact that any sentence of any form that contains a directly referring genuine term can fail to be either true or false on interpretations where that term fails to refer. He also explains how it is possible for there to be true (or false) sentences that contain non-referring names, even though this possibility seems inconsistent with DR.Consequences of Reference Failure will be of interest to philosophers of language and logic and linguists working on Direct Reference.