Conflict at the Edge of the African State

- The ADF Rebel Group in the Congo-Uganda Borderland 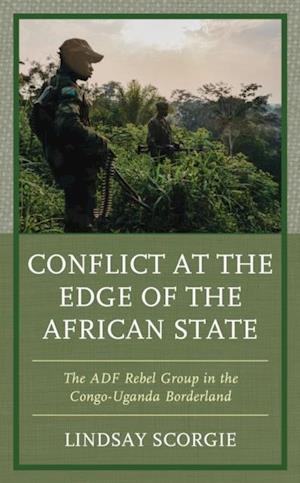 Conflict at the Edge of the African State: The ADF Rebel Group in the Congo-Uganda Borderland studies one of the oldest and most secretive rebel groups in the eastern Congo warscape: the Allied Democratic Forces (ADF). Operating in the Rwenzori borderland of western Uganda and eastern Congo for nearly three decades now, they have proven to be an extremely resilient rebel force, surviving longer than nearly any other violent actor in the area. The ADF have come under increased scrutiny from regional governments and global conflict management actors recently, due to their Islamic character and alleged connections to the Islamic State and other international terrorist actors. Yet, there is a lack of informed discussion on the rebellion and very little understanding of the structures and constitution of the group. In Conflict at the Edge of the African State, Lindsay Scorgie offers a nuanced and ultimately corrective framework for understanding the ADF. Conflict at the Edge of the African State moves away from traditional state-centric concepts of cross-border conflict and instead situates the rebels within a borderland context, examining how their deeply embedded position in local cross-border histories has fueled their resiliency.