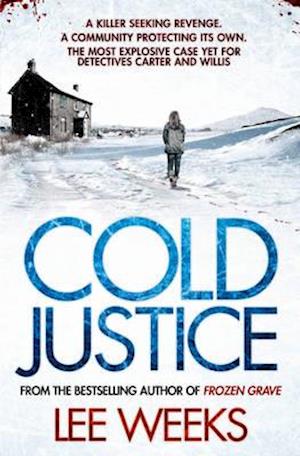 GRIPPING AND FAST-PACED CRIME FICTION FROM THE BESTSELLING AUTHOR OF FROZEN GRAVE AND COLD KILLERS. A killer seeking revenge. A community protecting its own. The most explosive case yet for DC Willis and DI Carter.Cornwall, 2000. Jenna wakes up after a drug-laced party to the realization that she has been raped. And it looks like it involved her new boyfriend, who has come down from London for the summer. But the case is assigned to a corrupt local police sergeant, who knows he can extort money from the boy's father, prominent London MP Jeremy Forbes-Wright, in return for his silence. Fifteen years later and Jeremy Forbes-Wright is found dead under highly suspicious circumstances. On the same day, his two-year-old grandson Samuel is kidnapped on a London street and DC Ebony Willis and DI Dan Carter are called in to find the missing boy. They soon realize all roads lead to Cornwall and to find the little boy they must finally get justice for Jenna.But someone is murdering the people they need to speak to and time is running out ... Praise for Lee Weeks' novels: 'One of the best crime novels I've read in a long time' ANNA SMITH, author Kill Me Twice 'A gritty and atmospheric read' Closer 'Bursts off the page like arterial spray from a newly slaughtered body' Daily Mail