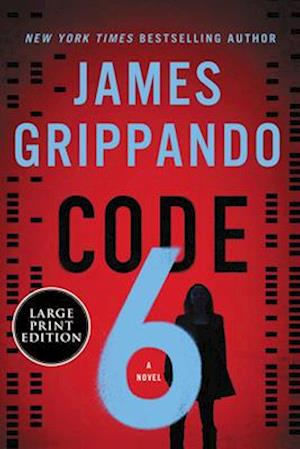 Harper Lee Prize winner and New York Times bestselling author James Grippando returns with a bold new thriller that asks at what price do we open our lives to Big Data.

Aspiring playwright, Kate Gamble, is struggling to launch a script she's been secretly researching her entire life, mostly at the family dinner table. Her father is Christian Gamble, CEO of Buck Technologies, a private data integration company whose clients include the CIA and virtually every counter-terrorism organization in the Western World. Kate's father adores her, and a play about the dark side of Big Data would be the ultimate betrayal in his eyes. But Kate is compelled to tell this story--not only as an artist exploring the personal information catastrophe that affects us all, but as a daughter trying to understand her mother's apparent loss of purpose, made even more disturbing by the suicide note she left behind: I did it for Kate.

Then Patrick Battle comes back into her life, changing everything she has ever thought about her play, her father, and her mother's tragic death. Patrick is a childhood friend, but he is now Buck's golden boy with security clearance to the company's most sensitive projects. When Buck comes under investigation by the Justice Department and Patrick suddenly goes missing, Kate doesn't know who to trust. A phone call confirms her worst nightmare: Patrick has been kidnapped, and the ransom demand is "Code 6"--the most secret and potentially dangerous technology her father's company has ever developed.

Kate's fight to bring Patrick home safely reveals a conspiracy and cover up that may implicate one of the most powerful executives in the tech industry, while the development of Kate's play unleashes family secrets and the demons behind her mother's cryptic final note. The two paths converge in explosive fashion, leading to a shocking and terrifying discovery that puts Kate and Patrick in the crosshairs of forces who will stop at nothing to control Code 6.