Coal-A Window to Past Climate and Vegetation 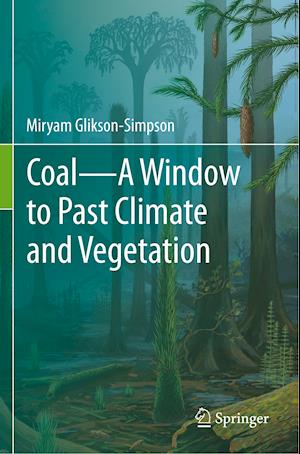 This book focuses on the Permian time slice in the geological history of Gondwana, which includes Australia, India, South Africa, Antarctica and South America. Coal is an organic rock, the product of compressed and 'cooked' plants. The exact formation of coal via physicochemical reactions, burial and subsidence is the subject of numerous books. The vast thick coal deposits characterising Gondwana formed from special kind of trees termed the Glossopteris Flora. These trees shed their leaves in winter and with the rest of their remains decayed and through subsidence and burial formed the coal. Pollen preserved from these plant communities has been concentrated and isolated and is the focus of this book.

The first plant communities as can be seen from the pollen graphs in this book were impoverished in species. The Permian era started with a very cold climate and as the climate warmed more and more diverse vegetation took hold. The emergence of different forms of pollen at certain times in the Permian is used as an indicator of climatic change. Furthermore, the predominance of algal spores in some samples and lack of representation by pollen of Glossopteris point to significant changes in the climate which led to the disappearance of their pollen and the accumulation of spores representing algal communities. These climate induced changes are noticed in their completed transformation after a long time span; small changes are evident during a lifetime of Earth's inhabitants.

Today, in our lifetime, we can see and witness the drying of many lakes across the Earth and their total disappearance from maps of only 50 years ago is a testimony to a climatic change taking place. The time of a 'complete' change in the Permian is possible to calculate. However, to determine the duration and maximum change in the climate of the earth today is impossible due to the apparent acceleration of the process by industrial activities of our species.

Chapter 4 in the book deals with the special characteristics of the Permian coals of Gondwana and the special plant community which made them. The composition of these coals on a microscopic level shows them to be rich in hydrocarbons, more than other coals. The Permian coals of India and Australia generate 'heavy' oil which is retained within the coal matrix as bitumen and is a potential source of methane. This chapter demonstrates through a pilot study the potential for explosion in the Permian Gondwana coals through their propensity to spontaneous combustion and methane generation.