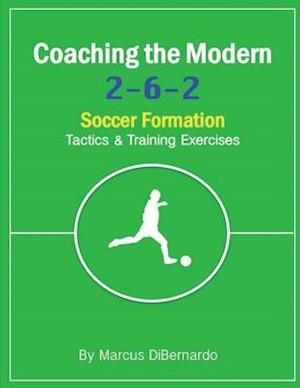 The game of soccer is perpetually in a constant state of change; as new tactical trends appear each and every season. Some of the changes are adaptations and variations from the past, while others are completely original. If we roll back the clock to the first international friendly match ever played in 1872, you would have witnessed England playing a 1-2-7 formation, against the Scottish 2-2-6. Soccer's early formations were built with few players in the back and many up top. Fast forward to the 1920's and things began to change, this is when the 3-2-2-3 W-M formation made its debut, introduced by Herbert Chapman at Arsenal. Then jump ahead to the 1966 World Cup, as England played the first diamond 4-4-2 formation. Change continued to come in 1974, when the Dutch coach Rinus Michels lined the team up in a 4-3-3 formation, introducing the world to "Clockwork Orange". The 2000's has been responsible for the emergence of the 4-2-3-1 formation, along with the 4-6-0 "false 9", introduced by the Spanish. However, the question every top coach is constantly pursuing is, what is the next major trend or change in the game? We have already seen some signs of change, with the inverted wingbacks of Guardiola at Manchester City, and the deterioration of the classic back four, even Arsenal have changed to a 3 back system As we look at the history of soccer, the changes in formations are pronounced. The original formations have been compared to inverted or upside down pyramids, with 7 attacking players up top and only 2 in the back. As the game progressed, the pyramid completely turned around, as seen with the 4-2-3-1 formation, which took on a realistic pyramid type of shape, and now the shape appears to be changing again. This book focuses on what very well may be one of the formations of the future, the 2-6-2 formation. We saw the 2-6-2 formation used when Guardiola's Bayern, dismantled Roma in a Champions League match 7-1. Argentina recently played a 2-3-4-1 in a friendly match against Singapore. The reality is that the modern game is seeing the pyramid shape turning more into a rhombus, small on the bottom, large in the middle and small on top. Obviously, simply talking about general shapes is an over simplification of formations, but this type of rhombus idea, seems to be where the formation trend is heading. How many teams have switched to a 3-5-2 in the last 24 months? Many more than a few years ago, that's for sure. Arsenal who rarely change anything, went to 3 at the back last spring along with many others. The new trend in formations also points to need for developing more intelligent players. In order to effectively play with 2 - 3 players in the back, an overloaded midfield and two forwards, players must be excellent decision makers and possess high soccer IQ's. Today's new formations demand players be smart and skillful, while the older bunker-in and counter attack systems (4-2-3-1 or 4-4-2) can more easily accommodate the simple, disciplined and hard-working player. It's my opinion that the modern player must be technical, creative, smart, have a high soccer IQ and be an active problem solver. As formations become more expansive and more dangerous, they also become more vulnerable, the player of the future must be a different breed, they must possess a complete soccer brain.