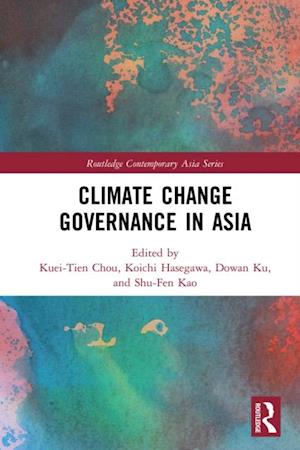 Asian countries are among the largest contributors to climate change. China, India, Japan and South Korea are among the top ten largest carbon emitters in the world, with South Korea, Japan and Taiwan also some of the largest on a per capita basis. At the same time, many Asian countries, notably India, Taiwan, Japan, the Philippines and Thailand are among those most affected by climate change, in terms of economic losses attributed to climate-related disasters. Asia is an extremely diverse region, in terms of the political regimes of its constituent countries, and of their level of development and the nature of their civil societies. As such, its countries are producing a wide range of governance approaches to climate change. Covering the diversity of climate change governance in Asia, this book presents cosmopolitan governance from the perspective of urban and rural communities, local and central governments, state-society relations and international relations. In doing so it offers both a valuable overview of individual Asian countries' approaches to climate change governance, and a series of case studies for finding solutions to climate change challenges.