Clans and Religion in Ancient Japan

- The mythology of Mt. Miwa 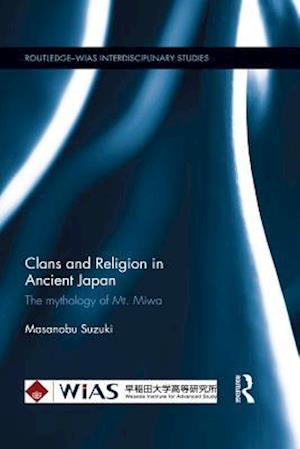 Clans and Religion in Ancient Japan presents the latest research on the origin of Japanese religion and the clans in charge of religious services in ancient Japan. This book is written from a new analytical perspective and it utilizes not only well-known historical manuscripts which previous research relies upon, but also mythology, archaeological antiquities, pictorial materials and genealogies. The book hopes to differentiate between the religious systems of Japan and those of other Asian countries, and also between eastern and western cultures. Although different and unique, the book aims to show how Japan plays a part in the global environment and captures attention by answering questions from a historical perspective such as 'What is Japan?' and 'How should Japan relate to the world?'.