- From Ancient China to the Communist Takeover 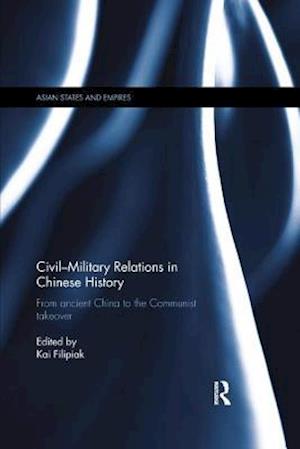 Modern studies of civil--military relations recognise that the military is separate from civil society, with its own norms and values, principles of organization, and regulations. Key issues of concern include the means by which - and the extent to which - the civil power controls the military; and also the ways in which military values and approaches permeate and affect wider society. This book examines these issues in relation to China, covering the full range of Chinese history from the Zhou, Qin, and Han dynasties up to the Communist takeover in 1949. It traces how civil--military relations were different in different periods, explores how military specialization and professionalization developed, and reveals how military weakness often occurred when the civil authority with weak policies exerted power over the military. Overall, the book shows how attitudes to the military's role in present day Communist China were forged in earlier periods.