Civil Enforcement in a Comparative Perspective 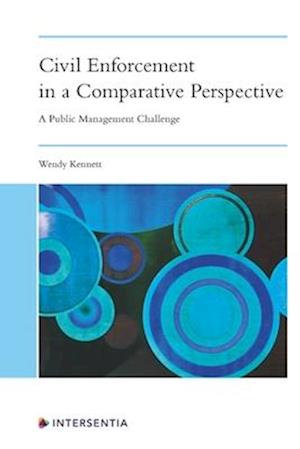 There is an abundance of literature on the regulation of lawyers, civil procedure, the judiciary and the administration of the civil courts in Europe. Surprisingly, however, and in contrast to the situation in criminal cases, academic interest in the civil process appears to dwindle after final judgment. Civil enforcement agents (bailiffs) are part of the machinery of justice and exercise state authority, yet their role and regulation have been subjected to little academic scrutiny. This is all the more astonishing given that they exercise state authority and, in most jurisdictions, have extensive access to information about debtors, as well as significant coercive powers. A wide range of different institutions have been given responsibility for civil enforcement: courts, officers under the supervision of the courts but external to them, administrative agencies, independent professionals and even freelance certificated agents. Moreover, the range of functions that these institutions undertake often extends beyond the enforcement of judgments and other enforcement titles: in some states they can issue payment orders, or act as administrators in bankruptcy; they may also play a significant role in the amicable recovery of debts, or be involved in debt restructuring procedures; they may be limited to the enforcement of civil judgments and authentic instruments, or also collect taxes and other public law debts. In the latter case, mass processing requirements shape the character of the enforcement institution.This book seeks to expose to view this fertile research territory. In doing so, it sets out two objectives. First, to highlight and explain the diversity of bailiff organisations in Europe. Second, to ask how far governments are taking responsibility for the public management of enforcement activities in the light of their impact on citizens and the increased significance attributed to personal autonomy and financial capability in the 'neoliberal' era. In this latter context, attention is paid to the influence of public management trends over the last thirty years and to questions of digital government and data protection.The book is addressed to academics and policy makers interested in domestic and cross-border enforcement of judgments and orders, the regulation of the legal profession, comparative law and comparative public management - particularly in the context of the administration of justice. It also contains information of relevance to scholars of institutional theory, competition law, transnational public policy transfer and social policy in the area of debt and poverty. Countries discussed include Sweden, Belgium, France, the Netherlands, Poland, Spain, Germany and England and Wales.