City of Health, Fields of Disease

- Revolutions in the Poetry, Medicine, and Philosophy of Romanticism 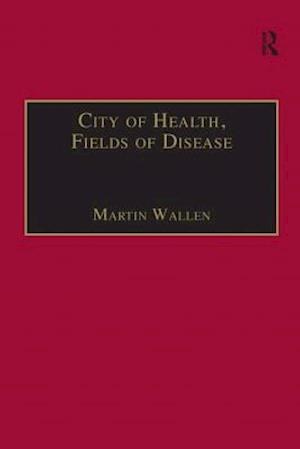 The Romantic Era witnessed a series of conflicts concerning definitions of health and disease. In this book, Martin Wallen discusses those conflicts and the cultural values that drove them. The six chapters progress from the mainstream rejuvenation of the Socratic values by Wordsworth and Coleridge to the radical alternatives offered by the Scottish theorist, John Brown, and the speculative German philosopher, F. W. J. Schelling. Wallen shows how actual definitions of health and disease changed at the turn of the nineteenth century, and provides an analysis of the metaphorical uses to which romantic thinkers put these different definitions in their attempts to value or devalue competing concepts of individuality, poetic expression, and history.A Key to the redefinition of these concepts was the use of the rhetoric of medicine to add value to those statements considered desirable and to undermine those targeted for elimination from public discourse. By juxtaposing the well-known critical works of Wordsworth and Coleridge with lesser-known works such as Schelling's Yearbooks of Medicine and Thomas Beddoes' medical treatises, Wallen illuminates the central role medicine played in redefining the human being's relationship to society and nature - part of the cultural revolution that began in the nineteenth century.

Forfattere
Bibliotekernes beskrivelse The title chosen by the author is derived from the distinction Socrates makes between his ideal society and the insalubrious regions to which he banishes the mimetic poets. The notion of health only occurs as a singularity. Diseases are plural. Why did Socrates use the polarity of health and disease so forcefully?