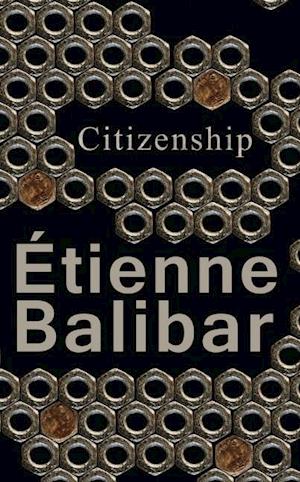 If fundamental political categories were represented as geometric shapes, citizenship would be one of those rotating polyhedrons with reflective surfaces that together create effects of light and shade. With extraordinarily acute discernment, the leading philosopher Etienne Balibar examines one by one the various faces of this object, more numerous - and far more fissured - than one would imagine. The question of what it means to be a citizen has, from the dawn of Western politics, been anything but clear and straightforward; and modernity has shown it to be even more enigmatic and contested. Inseparable from democracy, and the demands for equality and liberty from which democracy draws its origins, citizenship is constantly being redefined within the unresolved contradiction between universal principles and the discriminatory mechanisms that regulate membership of a political community. Not everyone is a citizen, even within one nation-state. It has been said that ?certain persons are in society without being of society?.The dynamics of inclusion and exclusion continue to generate dramatic asymmetries and create openings and closures, especially today in a time of particular fragility and when national sovereignty is in flux. So are there too many antinomies within citizenship? Balibar does not shy away from these antimonies, but he knows that to renounce citizenship would be to abandon the chance to create new modes of collective autonomy, in short, to democratize democracy.

Forfattere
Bibliotekernes beskrivelse If fundamental political categories were represented as geometric shapes, citizenship would be one of those rotating polyhedrons with reflective surfaces that together create effects of light and shade.