indgår i serie Next Wave: New Directions in Women's Studies 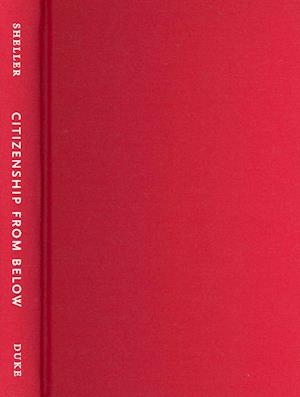 Citizenship from Below boldly revises the history of the struggles for freedom by emancipated peoples in post-slavery Jamaica, post-independence Haiti, and the wider Caribbean by focusing on the interplay between the state, the body, race, and sexuality. Mimi Sheller offers a new theory of "citizenship from below" to describe the contest between "proper" spaces of legitimate high politics and the disavowed politics of lived embodiment. While acknowledging the internal contradictions and damaging exclusions of subaltern self-empowerment, Sheller roots out from beneath the historical archive traces of a deeper freedom, one expressed through bodily performances, familial relationships, cultivation of the land, and sacred worship.Attending to the hidden linkages among intimate realms and the public sphere, Sheller explores specific struggles for freedom, including women's political activism in Jamaica; the role of discourses of "manhood" in the making of free subjects, soldiers, and citizens; the fiercely ethnonationalist discourses that excluded South Asian and African indentured workers; the sexual politics of the low-bass beats and "bottoms up" moves in the dancehall; and the struggle for reproductive and LGBT rights and against homophobia in the contemporary Caribbean. Through her creative use of archival sources and emphasis on the connections between intimacy, violence, and citizenship, Sheller enriches critical theories of embodied freedom, sexual citizenship, and erotic agency in all post-slavery societies.

Forfattere
Bibliotekernes beskrivelse A comparative feminist work that starts with a substantial historical account of the different ways that freedom, race and gender were intertwined in Jamaica and Haiti after the end of slavery. It examines the contemporary gendered spaces of citizenship, travel, and popular culture across the Caribbean. 12 illustrations