indgår i serie Impact of the Ancient City 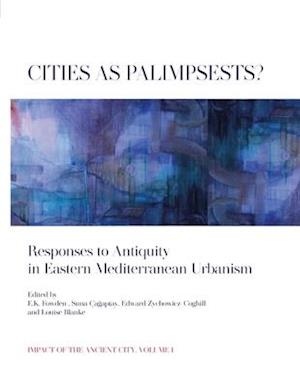 The metaphor of the palimpsest has been increasingly invoked to conceptualise cities with deep, living pasts. This volume thinks through, and beyond, the logic of the palimpsest, asking whether this fashionable trope slyly forces us to see contradiction where local inhabitants saw (and see) none, to impose distinctions that satisfy our own assumptions about historical periodisation and cultural practice, but which bear little relation to the experience of ancient, medieval or early modern persons. Spanning the period from Constantine's foundation of a New Rome in the fourth century to the contemporary aftermath of the Lebanese civil war, this book integrates perspectives from scholars typically separated by the disciplinary boundaries of late antique, Islamic, medieval, Byzantine, Ottoman and modern Middle Eastern studies, but whose work is united by their study of a region characterised by resilience rather than rupture. The volume includes an introduction and eighteen contributions from historians, archaeologists and art historians who explore the historical and cultural complexity of eastern Mediterranean cities. The authors highlight the effects of the multiple antiquities imagined and experienced by persons and groups who for generations made these cities home, and also by travellers and other observers who passed through them. The independent case studies are bound together by a shared concern to understand the many ways in which the cities' pasts live on in their presents.

Forfattere
Bibliotekernes beskrivelse Explores the historical complexity and cultural hybridity of post-classical eastern Mediterranean cities with case studies examining how cities' pasts have lived on in their presents. B/w and colour