Cities and the Cultural Economy

indgår i serie Routledge Critical Introductions to Urbanism and the City 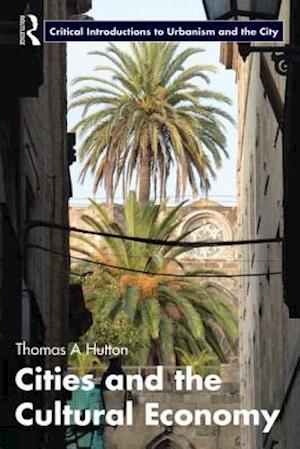 The cultural economy forms a leading trajectory of urban development, and has emerged as a key facet of globalizing cities. Cultural industries include new media, digital arts, music and film, and the design industries and professions, as well as allied consumption and spectacle in the city. The cultural economy now represents the third-largest sector in many metropolitan cities of the West including London, Berlin, New York, San Francisco, and Melbourne, and is increasingly influential in the development of East Asian cities (Tokyo, Shanghai, Hong Kong and Singapore), as well as the mega-cities of the Global South (e.g. Mumbai, Capetown, and Sao Paulo). Cities and the Cultural Economy provides a critical integration of the burgeoning research and policy literatures in one of the most prominent sub-fields of contemporary urban studies. Policies for cultural economy are increasingly evident within planning, development and place-marketing programs, requiring large resource commitments, but producing - on the evidence - highly uneven results. Accordingly the volume includes a critical review of how the new cultural economy is reshaping urban labour, housing and property markets, contributing to gentrification and to `precarious employment' formation, as well as to broadly favorable outcomes, such as community regeneration and urban vitality. The volume acknowledges the important growth dynamics and sustainability of key creative industries. Written primarily as a text for upper-level undergraduate and Masters students in urban, economic and social geography; sociology; cultural studies; and planning, this provocative and compelling text will also be of interest to those studying urban land economics, architecture, landscape architecture and the built environment.