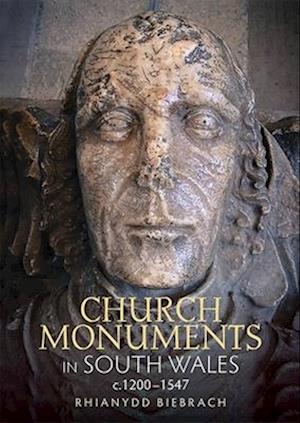 South Wales is an area blessed with an eclectic, but largely unknown, monumental heritage, ranging from plain cross slabs to richly carved effigial monuments on canopied tomb-chests. As a group, these monuments closely reflect the turbulent history of the southern march of Wales, its close links to the West Country and its differences from the 'native Wales' of the north-west. As individuals, they offer fascinating insights into the spiritual and secular concerns of the area's culturally diverse elites. Church Monuments in South Wales is the first full-scale study of the medieval funerary monuments of this region offering a much-needed Celtic contribution to the growing corpus of literature on the monumental culture of late-medieval Europe, which for the British Isles has been hitherto dominated by English studies. It focuses on the social groups who commissioned and were commemorated by funerary monuments and how this distinctive memorial culture reflected their shifting fortunes, tastes and pre-occupations at a time of great social change. Rhianydd Biebrach has taught medieval history at the universities of Swansea, Cardiff and South Wales and edited the journal Church Monuments. She currently works for Amgueddfa Cymru-National Museum Wales.