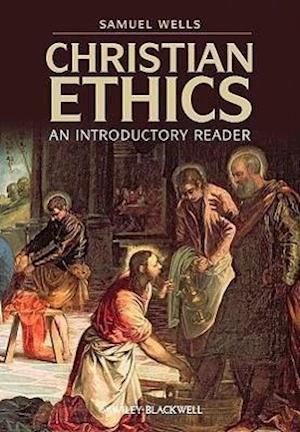 This comprehensive anthology of primary documents and materials explores the evolution and study of Christian ethical principles. It may be used independently, or alongside the accompanying textbook, Introducing Christian Ethics, for a complete overview of the field. Represents the entire canon of Christian ethics, including first-hand accounts from major figures in the theological and ecclesial tradition Introduces foundational figures such as Augustine, Aquinas, and Luther; contemporary theorists including Jűrgen Moltmann, Stanley Hauerwas, and Wendell Berry; in addition to work by work by non-theoretical figures, such as Ghandi and Martin Luther King Features useful introductory material that demonstrates the significance of each extract and how they relate to each other May be used independently or together with the accompanying textbook, Introducing Christian Ethics; both books share the same structure and are cross-referenced for ease of use

Forfattere
Bibliotekernes beskrivelse Christian Ethics: An Introductory Reader provides a comprehensive anthology of primary documents and materials relating to the emergence and study of key approaches to Christian ethics.

The volume seeks to encompass the entire canon of Christian ethics, including first-hand accounts from major figures in the theological and ecclesial tradition. Readers are introduced to foundational figures such as Augustine, Aquinas, Luther, Calvin, and Barth, as well as contemporary voices including Rosemary Radford Ruether, James Cone, J?rgen Moltmann, Stanley Hauerwas, Oliver O'Donovan, Wendell Berry, and many others. Other notable figures not usually associated with the study of formal theoretical ethics, such as Gandhi and Martin Luther King, Jr., are also represented.

The significance of each extract is summarized through useful introductory sections, placing the author or text in the context of broader developments in Christian ethical theory. Whether it is used independently or alongside the accompanying textbook, Introducing Christian Ethics, this engaging and informative volume offers students a window into the fascinating evolution of Christian ethical thought.