- A Study in Jewish Religious Ideology 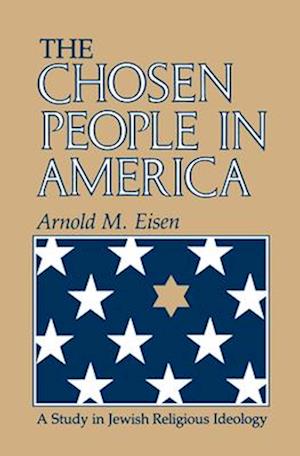 An exploration of how American Jewish thinkers grapple with the notion of being the isolated 'Chosen People' in a nation that is a melting pot.What does it mean to be a Jew in America? What opportunities and what threats does the great melting pot represent for a group that has traditionally defined itself as 'a people that must dwell alone?' Although for centuries the notion of 'The Chosen People' sustained Jewish identity, America, by offering Jewish immigrants an unprecedented degree of participation in the larger society, threatened to erode their Jewish identity and sense of separateness.Arnold M. Eisen charts the attempts of American Jewish thinkers to adapt the notion of chosenness to an American context. Through an examination of sermons, essays, debates, prayer-book revisions, and theological literature, Eisen traces the ways in which American rabbis and theologians-Reconstructionist, Conservative, and Orthodox thinkers-effected a compromise between exclusivity and participation that allowed Jews to adapt to American life while simultaneously enhancing Jewish tradition and identity.'This is a book of extraordinary quality and importance. In tracing the encounter of Jews (the chosen people) and America (the chosen nation) . . . Eisen has given the American Jewish community a new understanding of itself.' -American Jewish Archives'One of the most significant books on American Jewish thought written in recent years.' -Choice