China and World Politics in Transition 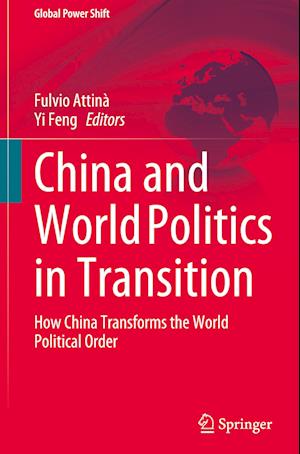 This book analyzes China's transformative political power in today's world while simultaneously addressing global issues and the reformation of world institutions. China has become known as the world's first factory and trading power, but more knowledge on China's rise is necessary to understand the world of today and the future. The main question is where China's rise is headed and how this affects the increasingly connected world that faces problems that no state can effectively address on its own. This book analyzes both sides of the coin, that is, the problems of a world scale and the change of the world political order. China is among the major actors for global issues such as mitigating climate warming, controlling weapons of mass destruction, combating economic inequality and underdevelopment, and improving health for all. In the current setting of the new world order, all countries and especially world powers develop a general blueprint for the future, as cultural and material conditions of the present world are very different from the past. Under such conditions, China faces a review of its bilateral and regional strategies, as well as its position and actions in world institutions that have the mission of forming policy responses to issues of a global scale.This book, therefore, provides insight into China's view of world problems and the future world order. It is a must-read for everybody interested in a better understanding of China's role in today's world and the global power shift.