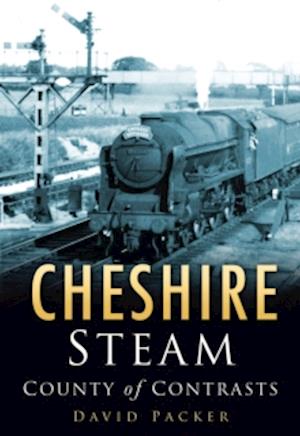 Few counties in Britain could claim to pay host to the locomotives of the GWR, the LNER and the LMS, but engines from all these companies not only regularly worked in Cheshire, but were also based in the county. This continued right up until the end of the steam era. Cheshire's railway history goes back to the early years of the modern railway network, to the 1830s, when, following the success of the Liverpool & Manchester Railway, the building of new lines southwards towards Birmingham and London gave the county a railway connection to the north-west and also to the capital. When the Grand Junction Railway built a works at Crewe, the importance of Cheshire as a railway county was guaranteed, and many famous locomotive types, such as the Coronation Pacifics, were built there. In his new book, David Packer takes us on a railway tour of this fascinating county. The varied photographs bear witness to the variety of steam, including pre-Grouping types, over the years. His knowledgeable and informative captions set the images in context, ensuring that Cheshire Steam will appeal to anyone who remembers the era - bringing back many happy memories and providing a wealth of background detail.