Characteristic Classes and the Cohomology of Finite Groups 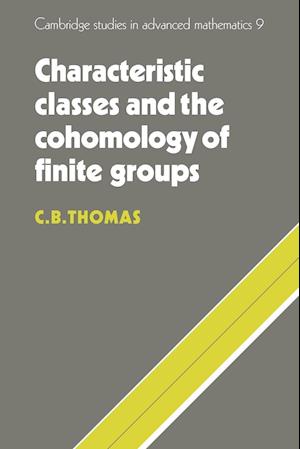 The purpose of this book is to study the relation between the representation ring of a finite group and its integral cohomology by means of characteristic classes. In this way it is possible to extend the known calculations and prove some general results for the integral cohomology ring of a group G of prime power order. Among the groups considered are those of p-rank less than 3, extra-special p-groups, symmetric groups and linear groups over finite fields. An important tool is the Riemann - Roch formula which provides a relation between the characteristic classes of an induced representation, the classes of the underlying representation and those of the permutation representation of the infinite symmetric group. Dr Thomas also discusses the implications of his work for some arithmetic groups which will interest algebraic number theorists. Dr Thomas assumes the reader has taken basic courses in algebraic topology, group theory and homological algebra, but has included an appendix in which he gives a purely topological proof of the Riemann - Roch formula.