- The Life and Loves of Virginia Cherrill 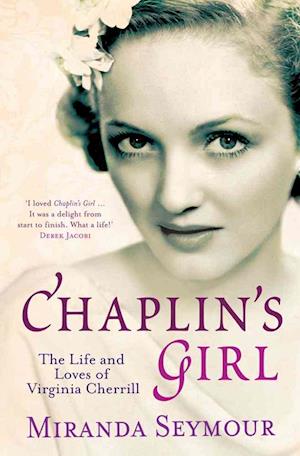 In 1931, City Lightsintroduced Charlie Chaplin's new female star to the world. The film - defiantly silent in the age of talkies - was an immediate and international hit. The actress who played the romantic lead had never been on screen or stage before. Chaplin's film turned her into the most famous girl in the world. Virginia Cherrill was the beautiful daughter of an Illinois rancher, who ran away to live through some of Hollywood's wildest years. She was the adoring first wife who broke Cary Grant's heart when she left him; who turned down the gloriously eligible Maharajah of Jaipur to befriend his wife and rescue her from purdah. Virginia Cherrill presided, during the thirties, over one of England's loveliest houses, as the Countess of Jersey. Everybody sought her friendship. All that eluded her was love. And when she found it, she gave up all she had to marry a handsome and penniless Polish flying ace, whose dream it was to become a cowboy. In this glorious, and undiscovered story of Hollywood, international high society, wartime drama and romance, Miranda Seymour works from unpublished sources to recapture the personality of a woman so vividly enchanting that none could resist her. This is the story of Cinderalla in reverse: of the poor girl who won everything - and gave up all for love. Breathtakingly romantic, exquisitely written, this is the stuff that dreams are made of . . .