- Pragmatic Confrontations in the Philosophy of Religion 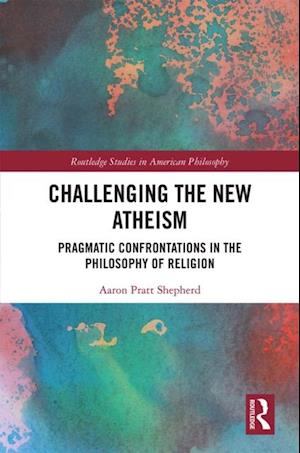 This book presents a pragmatic response to arguments against religion made by the New Atheism movement. The author argues that analytic and empirical philosophies of religion-the mainstream approaches in contemporary philosophy of religion-are methodologically unequipped to address the 'Threefold Challenge' made by popular New Atheist thinkers such as Richard Dawkins, Sam Harris, Christopher Hitchens, and Daniel Dennett.The book has three primary motivations. First, it provides an interpretation of the New Atheist movement that treats their claims as philosophical arguments and not just rhetorical exercises or demagoguery. Second, it assesses and responds to these claims by elaborating four distinct contemporary philosophical perspectives- analytic philosophy, empirical philosophy, continental philosophy, and pragmatism-as well as contextualizing these perspectives in the history of the philosophy of religion. Finally, the book offers a metaphilosophical critique, returning again and again to the question of method. In the end, the author settles upon a modified version of pragmatism that he concludes is best suited for articulating the terms and stakes of the God Debate. Challenging the New Atheism will be of interest to scholars and students of American philosophy and philosophy of religion.