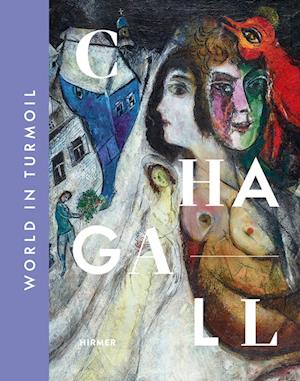 Marc Chagall (1887-1985) is regarded as the poet amongst modernist artists. His works from the 1930s and 1940s are less well known. In them, his bright colour palette became darker. Even in the early 1930s, Chagall addressed the increasingly aggressive anti-Semitism and touched in his artistic works on central themes such as identity, homeland and exile. In over 100 haunting paintings, works on paper and costumes, the volume traces the artist's search for a pictorial language in the face of displacement and persecution. It presents important works in which Chagall increasingly focuses on his Jewish environment: numerous self-portraits, his devotion to allegorical and Biblical subjects, important designs from his time in exile in the United States and main works like The Falling Angel. The book offers a highly topical perspective on the oeuvre of one of the most important artists of the 20th century.