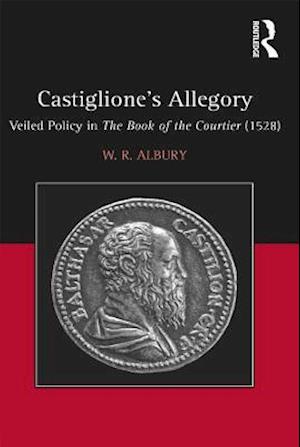 Castiglione's Book of the Courtier (Il libro del cortegiano, 1528), a dialogue in which the interlocutors attempt to describe the perfect courtier, was one of the most influential books of the Renaissance. In recent decades a number of postmodern readings of this work have appeared, emphasizing what is often characterized as the playful indeterminacy of the text, and seeking to detect inconsistencies which are interpreted as signs of anxiety or bad faith in its presentation. In contrast to these postmodern readings, the present study conducts an experiment. What understanding does one gain of Castiglione's book if one attempts an early modern reading? The author approaches The Book of the Courtier as a text in which some of its most important aspects are intentionally concealed and veiled in allegory. W.R. Albury argues that this early modern reading of The Book of the Courtier enables us to recover a serious political message which has a great deal of contemporary relevance and which is lost from sight when the work is approached primarily as a courtly etiquette book, or as a lament for the lost influence of the aristocracy in an age when autocratic nation-states were coming into being, or as an impersonal textual field upon which a free play of transformations and deconstructions may be performed.