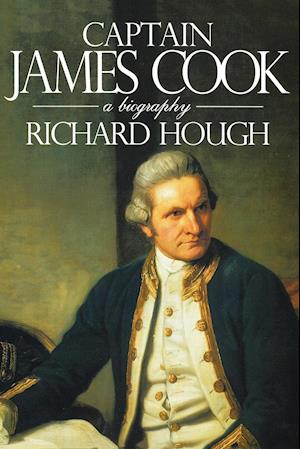 James Cook, born in 1728, was one of the most celebrated men of his time, the last and the greatest of the romantic navigator/explorers. His voyages in the Royal Navy to the eastern and western seaboards of North America, the North and South Pacific, the Arctic, and the Antarctic brought a new understanding of the worlds geography and of the peoples, flora, and fauna of the lands he discovered. Richard Hough's vivid narrative captures all the excitement of this age of discovery and establishes Cook as a link between the vague scientific speculations of the early eighteenth century and the industrial revolution to come. A pioneer in many fields, Cook produced maps of unprecedented accuracy; revolutionized the seaman's diet, all but eliminating scurvy; and exploded the myth of the Great Southern Continent imagined by earlier geographers and scientists. Hough consulted numerous archives and traveled in Cook's wake from Alaska to Tasmania, visiting many of the Pacific islands--including the spot where Cook was stoned to death by cannibals in the Hawaiian archipelago--to produce a comprehensive and immensely readable biography, full of new insights into the life of one of the worlds greatest mariners.