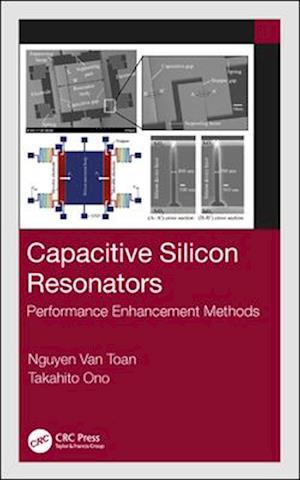 Microfabricated resonators play an essential role in a variety of applications, including mass sensing, timing reference applications, and filtering applications. Many transduction mechanisms including piezoelectric, piezoresistive, and capacitive mechanisms, have been studied to induce and detect the motion of resonators. This book is meant to introduce and suggest several technological approaches together with design considerations for performance enhancement of capacitive silicon resonators, and will be useful for those working in field of micro and nanotechnology.FeaturesIntroduces and suggests several technological approaches together with design considerations for performance enhancement of capacitive silicon resonatorsProvides information on the various fabrication technologies and design considerations that can be employed to improve the performance capacitive silicon resonator which is one of the promising options to replace the quartz crystal resonator.Discusses several technological approaches including hermetic packaging based on the LTCC substrate, deep reactive ion etching, neutral beam etching technology, and metal-assisted chemical etching, as well as design considerations for mechanically coupled, selective vibration of high-order mode, movable electrode structures, and piezoresistive heat engines were investigated to achieve small motional resistance, low insertion loss, and high quality factor.Focusses on a capacitive sensing method based on the measurement of the change in capacitance between a sensing electrode and the resonant body. Reviews recent progress in performance enhancement methods for capacitive silicon resonator, which are mainly based on the works of the authors.