Campaigns, Elections, and the Threat to Democracy 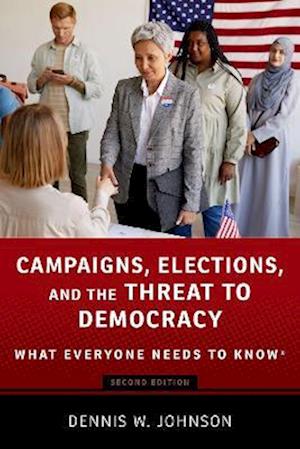 Frequent and fair elections, open to all, are fundamental elements of a democracy. The United States, through its local, state, and national contests, holds more elections, more often, than any other democracy in the world. But in recent years, there have been troubling signs that our system of campaigns and elections has become much more fragile and vulnerable. More specifically, in the past twenty years, campaigns have changed profoundly: social media and viralmessaging compete with traditional media, races once considered local in nature have become nationalized, Supreme Court decisions on campaign finance law now encourage mega-donors, voters are more polarized, party affiliation has waned, and the middle ideological ground has given way to extremistlanguage and voter rage. Twice in sixteen years we have seen winning presidential candidates gaining fewer popular votes than their opponents. The fundamental right of every citizen to vote has been impeded by state legislatures demanding tighter access, more identification, and accusations of voter fraud. And we have faced the real threat of foreign influence in our national elections. This new edition of Campaigns, Elections, and the Threat to Democracy: What Everyone Needs to Know (R) offers the most up-to-date examination of campaigns, elections, and future threats to voting and democracy. It addresses the 2020 US presidential election, the "Stop the Steal" movement, election interference and cyber threats to voting, voting by mail (and the backlash against it), voting reforms and ranked-choice voting, and the Supreme Court 2019 ruling on gerrymandering. It willalso include new data on voter participation, voter fraud, reapportionment post-2020 census, party polarization, campaign finance, and more.Given the fragility of our election process, what are the threats to a healthy American democracy? Do the candidates with the most money always win? This is not simply a book on how campaigns are run, but why campaigns and elections are integral components of American democracy and how those fundamental elements may be vulnerable to misuse.