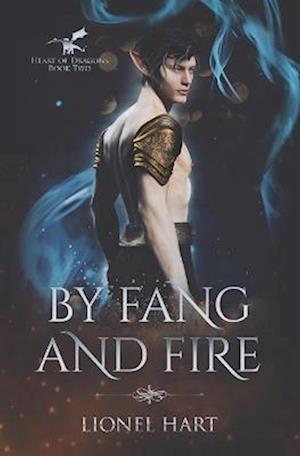 The very forces of fate are within his grasp. All he has to do is reach out and take them.

While the soul-binding ritual has brought his fated mate back to him time and again, Adrissu never meant it to be a permanent solution. After all, mortals die, but dragons live forever.

The soul-transference ritual would allow Adrissu to put his mate's soul into a dragon's body, so they would never again need to be apart. He knows he can do it. He even knows how to do it. All that's left is for his mate to say the word.

But nothing is ever that easy. Polimnos is no longer the quiet village with a single wizard secluded in a tower, but a thriving city home to the Academy of Magic, boasting magical creations that spread across Autreth and beyond. Even when his mate does come back to him, this time as a talented and headstrong student named Kian, the push and pull of their fated bond has begun to wear on the mortal's soul.

Adrissu is determined to ensure this reincarnation is Kian's last. But his faith in the soul transference ritual wavers when humans discover that dragons can be killed, after all...

By Fang and Fire, a dark fated mates MM fantasy romance, is book two of the Heart of Dragons duology. It is meant to be read after book one, Beneath His Wings.

¿ This 18+ romance contains spicy scenes with dragons, as well as scenes with a transgender male character; violence and gore, including the use of (fantasy) guns; seriously, a lot more violence than in book 1; implied transphobia (not on page, referenced as past events); romantic student/teacher dynamic; light omegaverse elements (heats, mpreg is mentioned but does not happen on page).