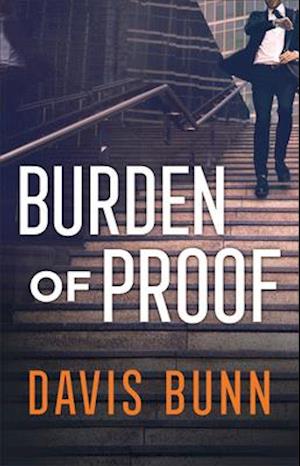 Three weeks after his twenty-third birthday, Ethan missed the chance to save his brother's life when he was murdered on the steps of the courthouse in Jacksonville, Florida. Ever since that fateful day, Ethan has sensed a deep disconnect between the man he should have been and the one he has become. His days play out a beat too slow, his mind replaying the scene of his failure again and again.But when his brother's widow appears, asking for his help in uncovering what was really behind his brother's death, Ethan is stunned to hear that she and her late husband were involved in a much larger case than he knew--one that threatens the global power structure. As Ethan joins the search for answers, he will enter into his own past--and discover a means of redeeming his future.Bestselling and award-winning author Davis Bunn invites you into a world of intrigue as a man held captive by his failure learns how to move forward with hope.

Forfattere
Bibliotekernes beskrivelse Ethan missed the chance to save his brother's life. When his brother's widow reveals that she and her husband were involved in a legal case that threatens the global power structure, Ethan must face his past and join the search for answers to discover how to redeem his future.