- People and Industries Through the Years

indgår i serie At Work 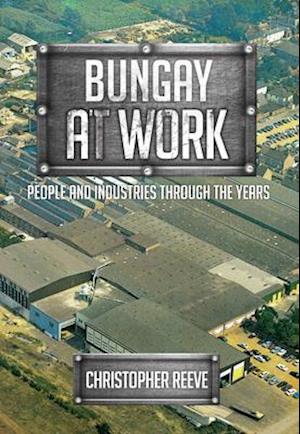 The small market town of Bungay, situated close to the River Waveney on the Norfolk-Suffolk border, has been continuously settled by Iron Age, Roman and Saxon communities. The town achieved considerable prominence and prosperity when the wealthy Bigod family, Earls of Norfolk, established a castle fortress here in c. 1165. By the eighteenth century it had grown into a thriving market town and became known as 'Little London'. The river navigation increased with the supply of timber, coals, malt, and dairy products to British troops during the Napoleonic Wars. Brewing became an increasingly important trade and in the nineteenth century a local printing business flourished, benefitting from innovations in technology and the production of affordable Bibles. In 1877 it was taken over by the London firm of Clay's, and continues today as one of the world's largest producers of books. A silk factory provided work for 300 employees. Rail goods and passenger transport commenced in 1860, but had partly an adverse effect, encouraging locals to shop in the larger towns, and by the early twentieth century agricultural depression brought economic decline. With the outbreak of war and conscription, pubs also suffered and many closed - only eleven of the original thirty-three survived at the end of the century. The Waveney silted up, so navigation and contact with the Broads and local ports ceased.In a fascinating series of contemporary photographs and illustrations, Bungay At Work explores the life of this East Anglian town and its people, from its pre-industrial beginnings, through two world wars and into the twenty-first century as Bungay reinvents itself as a tourist destination.

Forfattere
Bibliotekernes beskrivelse A pictorial history of the working life of Bungay over the last century and more. 150 Illustrations, unspecified