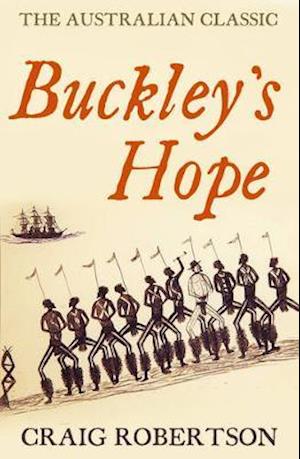 Buckley's Hope is based on the true story of a young English convict named William Buckley who, on Boxing Day 1803, escaped from an abortive first settlement in Victoria, Australia, and then survived in the wilderness for 32 years, after he was adopted and helped by local Aboriginal tribes. In 1835, Buckley emerged with his tribal friends to meet Melbourne's founders, and quickly became an important guide and interpreter in the crucial first years of the European conquest of the Port Phillip region. Suddenly, trapped in the rapidly ensuing conflict between two vastly different societies, Buckley found himself mistrusted by his former black friends and by his white compatriots. He was so harshly reviled that his reputation has suffered to this day. With great sensitivity, and based on meticulous research, Craig Robertson has re-created the fateful encounter between Australia's 'wild white man' and the original inhabitants of the Australian continent. Remarkably, through Buckley's eyes we can see how much was at stake and how much was lost when two worlds collided.

Forfattere
Bibliotekernes beskrivelse Emory University neuroscientist Gregory Berns had spent decades using imaging technology to study how the human brain works. That changed when he and his family adopted Callie, a shy, skinny terrier mix, who inspired Berns to tackle the question: 'What is my dog thinking?'