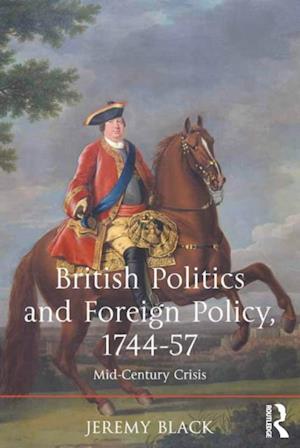 The years between 1744 and 1757 were a testing time for the British government as political unrest at home exploded into armed rebellion, whilst on the continent French armies were repeatedly victorious. Providing an analytical narrative, supported by thematic chapters, this book examines the relationship between Britain's politics and foreign policy in a period not hitherto treated as a unit. Building upon methods employed in the preceding two books ('Politics and Foreign Policy in the Age of George I, 1714-1727' and 'Politics and Foreign Policy, 1727-44'), this volume charts the significant political changes of 1744-57. It shows how ministerial change and political fortunes were closely linked to foreign policy, with foreign policy affecting, and being affected by, political developments. In particular, it asks important questions about the politics and foreign policy of these years and thus reconsiders the context of imperial growth, economic development and political stability. Far from being simply a study of individual episodes, the book outlines the structural aspects of the relationship between foreign policy and politics, examining issues of political stability, motivation and effectiveness. In particular, the role of monarch, Court and ministers are considered alongside those of Parliament, parliamentary politics, and the public sphere of discussion, notably, but not only, the press. The book therefore offers a guided narrative that both uses and builds on the analysis offered by contemporary commentators, and provides an informed assessment of the significance of the ideas, terms and language employed in eighteenth-century Britain to discuss foreign policy and politics.