Brim: Who Shined Brightness When Days Were Dim 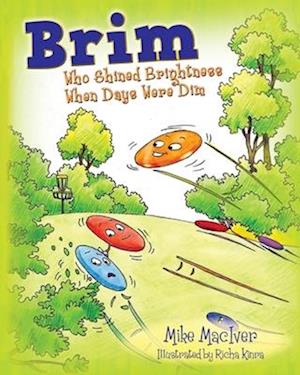 Brim is a story about how helping rather than hurting can serve to heal the heaviness that sometimes comes with living. Too often, stories that make mention of mental illness are accompanied by dark details that only come to light when they penetrate the threshold required for "breaking news." Unfortunately, when the only times we hear about mental illness are alongside instances of drug use, crime, and mass shootings, we come to believe that one is always accompanied with the other. While that may be the case for some sufferers of mental illness, it is certainly not the whole story indicative of everyone who endures what can be a daily pain of the brain. Brim serves to shine a light on all the other stories that aren't as sensational. Brim offers a peek at another potential where kindness substitutes for lashing out as a response to the pain of mental illness. Instead of rage, calm. Instead of anger, empathy. Brim tells the tale using verse with a youth-directed language. The author's son who suffered from paranoid schizophrenia shared at one point that he had always heard a mean voice in his head, but just didn't realize it wasn't normal until he was in his teens. The story told from this perspective hopes to meet the earliest onslaught of mental illness with a positive possibility that provides an alternative way through the pain. In the absence of mental illness, the message of kindness and helping one another is one with "age-less" and universal applicability.